Though Rome is not “the” city  for kids here’s a list of suggested places.

Villa Borghese an historical  and very central park that houses the Zoo, train rides,  bike rentals and the Casina di Raffaello (a museum, playground and area for exhibits. Most of the activities are in Italian).

Villa Pamphily the largest city park, with hills, ponds, fountains, and a lot of room for all outdoor activities. Inside the park  there is a restaurant Vivibistrot which also offers  kid’s  menus and picnic boxes. Wide variety of special menus including organic food.

Castel Sant’Angelo first built to be a Mausoleum for emperor Hadrian and his family, then became a papal fortress  where the Pope would take shelter and also imprison his  enemies in gloomy dungeons. There is a section with ancient armoury and a stunning view from the highest terrace. Walk all around the walls to the different bastions, see the firing chambers with cannons!

Saint Peter’s Dome climbing the dome of Saint Peter’s basilica (550 steps) could be  also fun. You may take an elevator and climb only 430 steps. stunning view inside the Basilica and city view.

Vatican Museums If you plan to go to the Vatican Museums then do not miss the Carriage Pavillion  (Padiglione  delle Carrozze) with  gorgeous 19th horse carriages, Pope’s mobiles and a model of Vatican city’s  first train engine . In the Egyptian section instead you can see  two mummies from Thebes dating around 1000 b.C.

Crypt of the Cappuccini this weird cemetery was created by the Cappuccini monks starting from the 17th century by arranging  the bones of the dead monks in an artistic manner along the walls of this crypt . It is located on via Veneto and it is rather creepy but children and teenagers seem to love it.   www.cappucciniviaveneto.it

Janiculum Hill this could be a fun thing to do. At the top there  is a nice park with great view over the city  and everyday at noon the famous cannon   fires (blanks) once in the direction of the Tiber river to signal the exact time. On the left of the square there’s also a puppet theatre with shows at certain times of the day.

Explora a museum designed for children where they can explore the  aspects of daily life. http://www.mdbr.it

Bioparco Rome’s Zoo is a fairly old fashioned park. There is a small gift store and cafeteria. It is also possible  to do a train ride through the zoo.

Mouth of Truth this ancient  marble disk representing the  face of a river god was probably used as a drain cover. Tradition has it that if a liar puts his hand into the open mouth will have his fingers bitten off! Go early morning or expect to find long line ups to catch a picture.

Giolitti Ice cream splurging! If you want to treat yourself order the mouthwatering  Coppa Olimpica or simply take  a marvelous cone to go! Large selection of flavours to choose from.

110 Open bus:  hop on the red double decker  for a ride through the city. 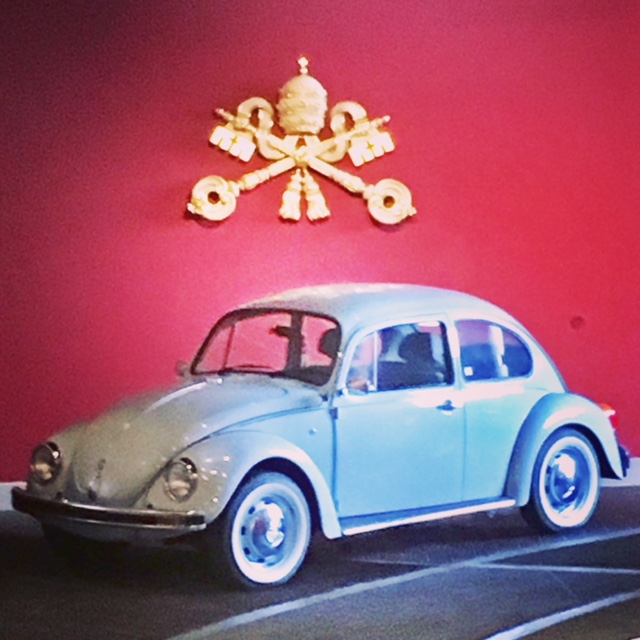